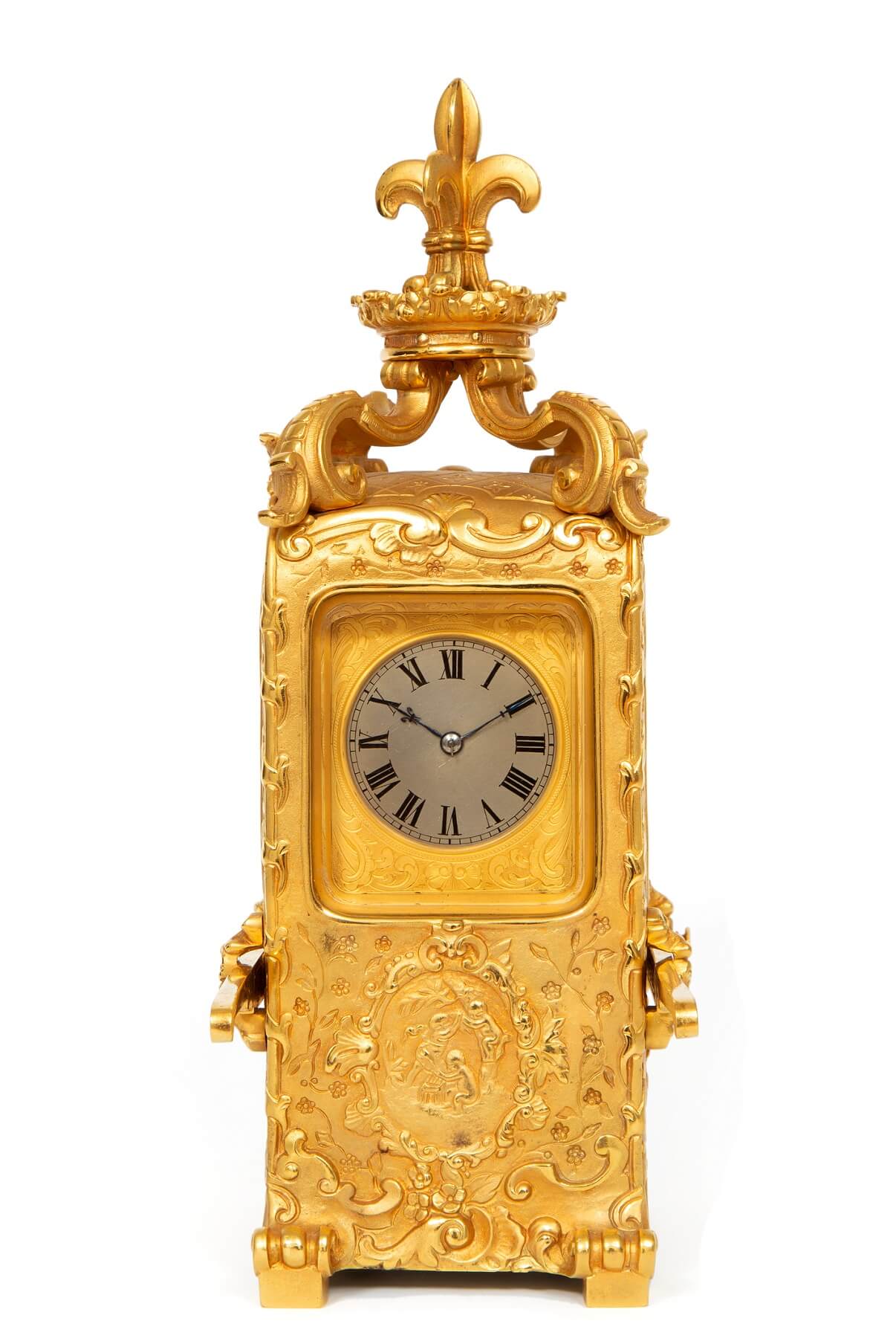 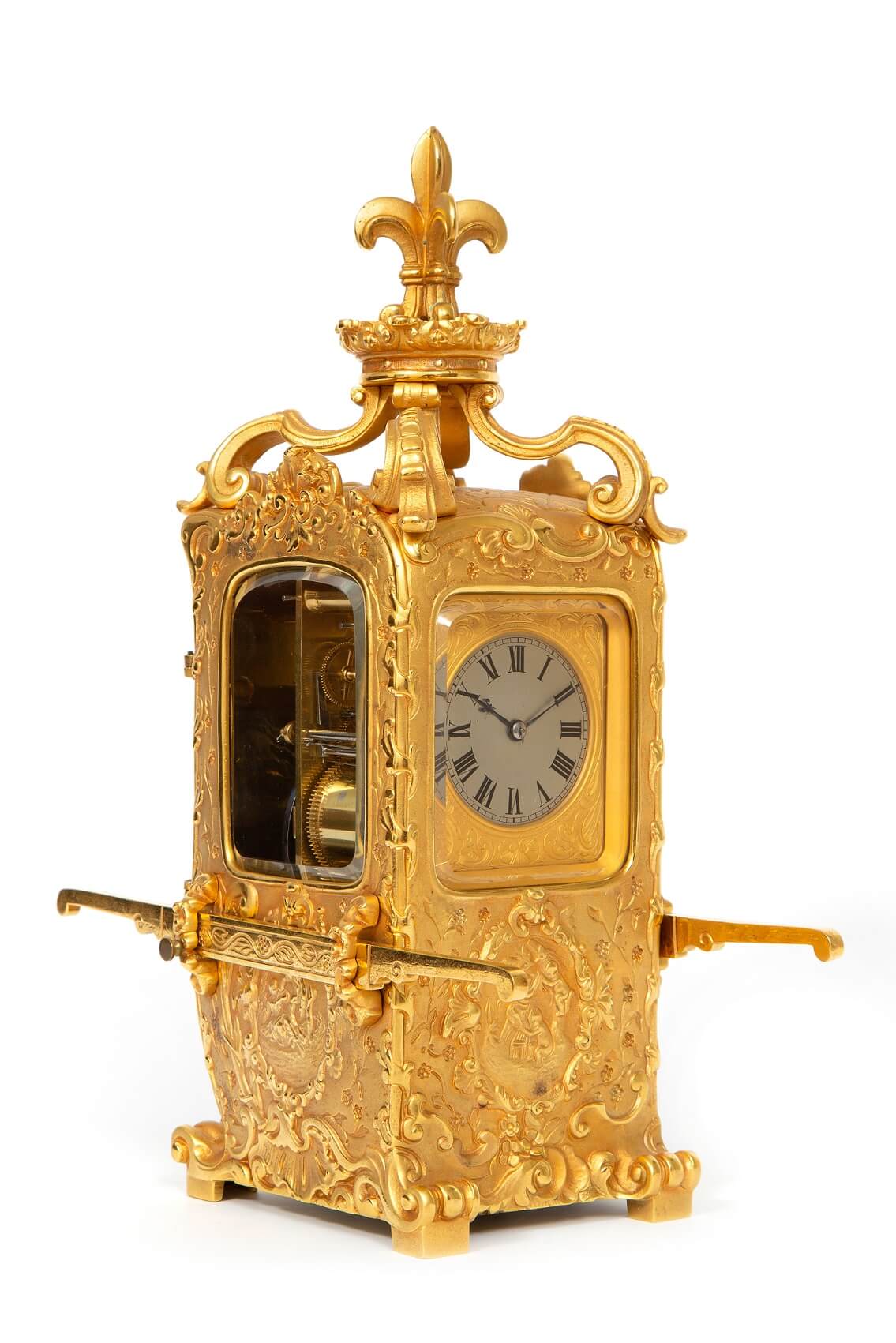 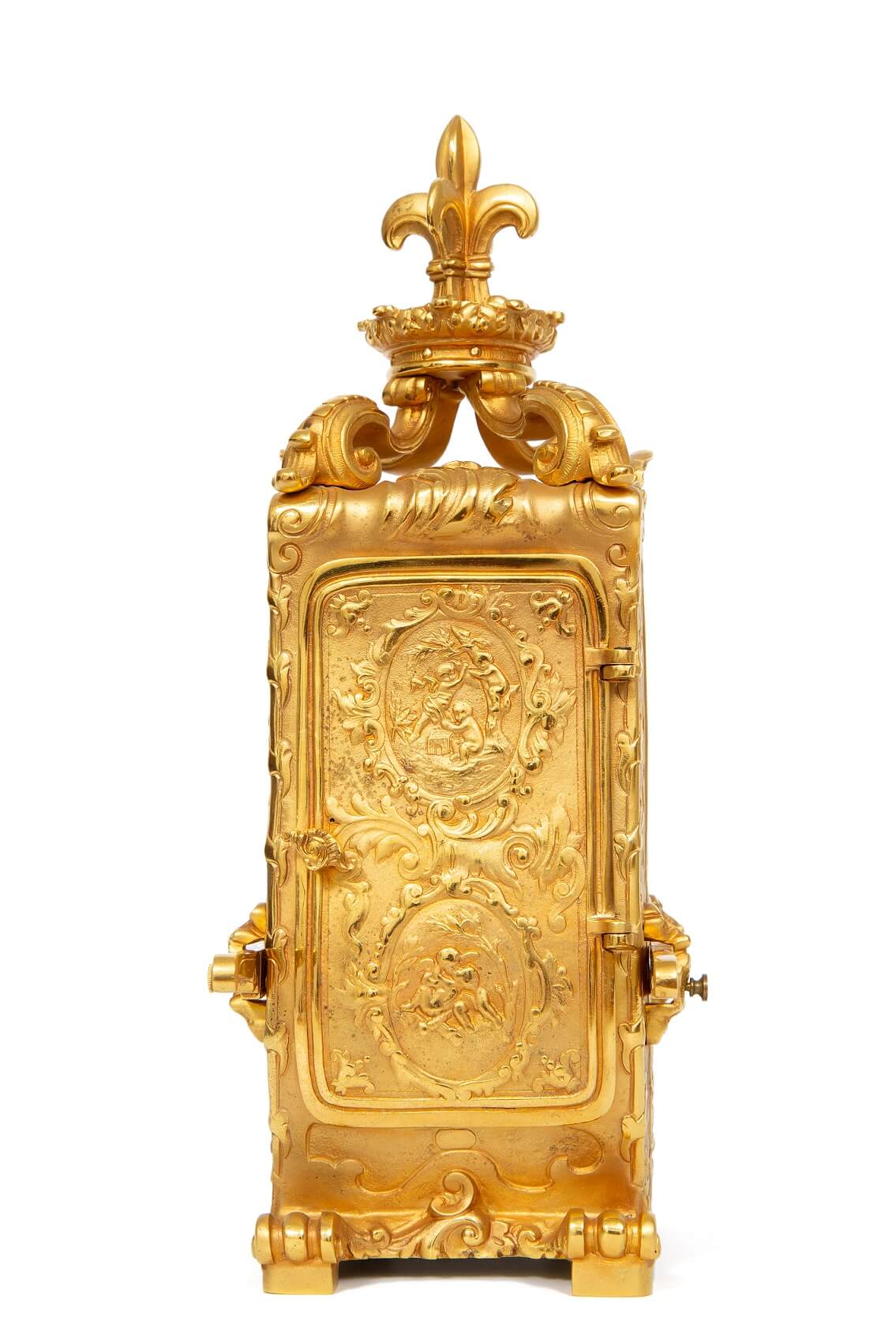 The cast and chiseled gilt bronze case is shaped as a ‘sedan chair’ from the 18th Century. It is surmounted by a fleur-des-lys ornament and adourned by foliate scrolls and flowers around cartouches with putti all over. It has carrying bars on the sides and is raised on scroll feet.

The 4.6-cm silvered dial has Roman numerals and has blued steel fleur-des-lys hands. It is set in a finely foliate engraved gilt mask.

The spring driven movement has a duration of eight days. It strikes the hours and half hours on a coiled steel gong. It is regulated by a platform anchor escapement.

a display of fantasy

French carriage clockmakers sought to improve their sales by producing different cases. First, there were different styles of cases such as the ‘gorge case’ or ‘case Anglaise’. Later cases were embellished with porcelain panels or colourful enamel. But certainly one of the most imaginative carriage clocks is this one shaped as a sedan chair. Of course, it is very unlikely that this clock was used during travel, but that could also be said of other so-called carriage clocks having vulnerable porcelain panels. It does show the ingenuity of the makers, though, and the lengths they went to find new buyers. This beautifully made object is a curiosity that will amaze and bring delight to many that see it. 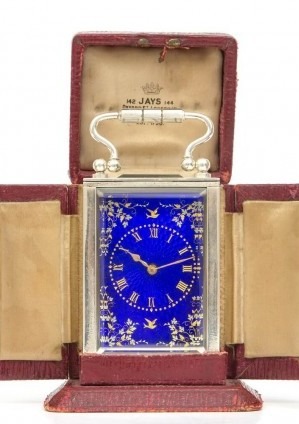 A small English silvered and enamel travel timepiece, circa 1920 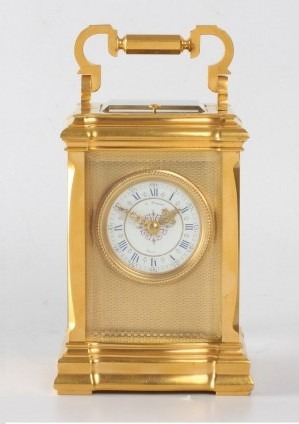 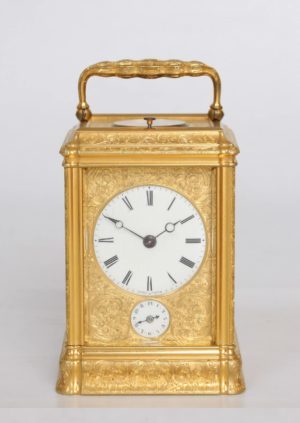