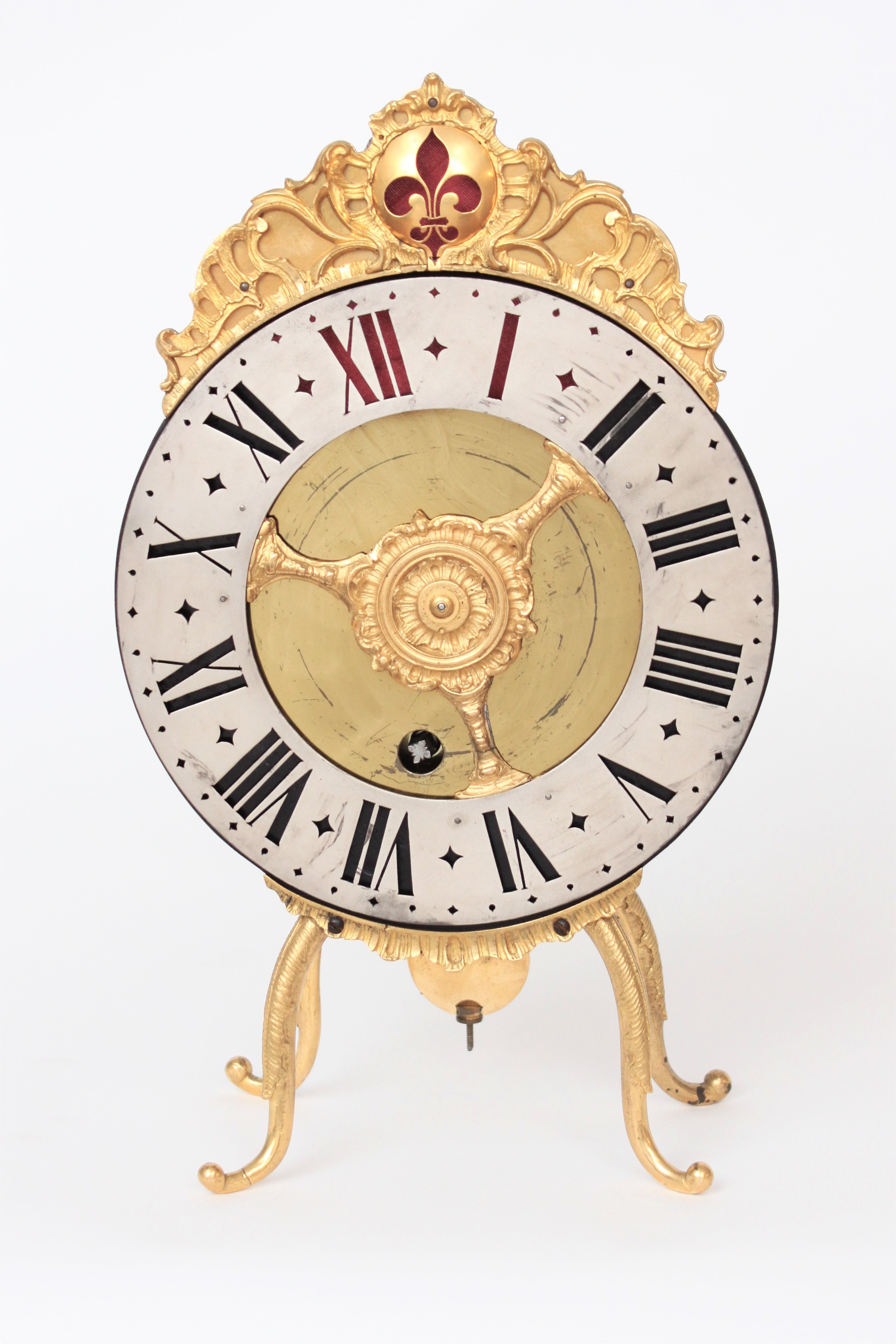 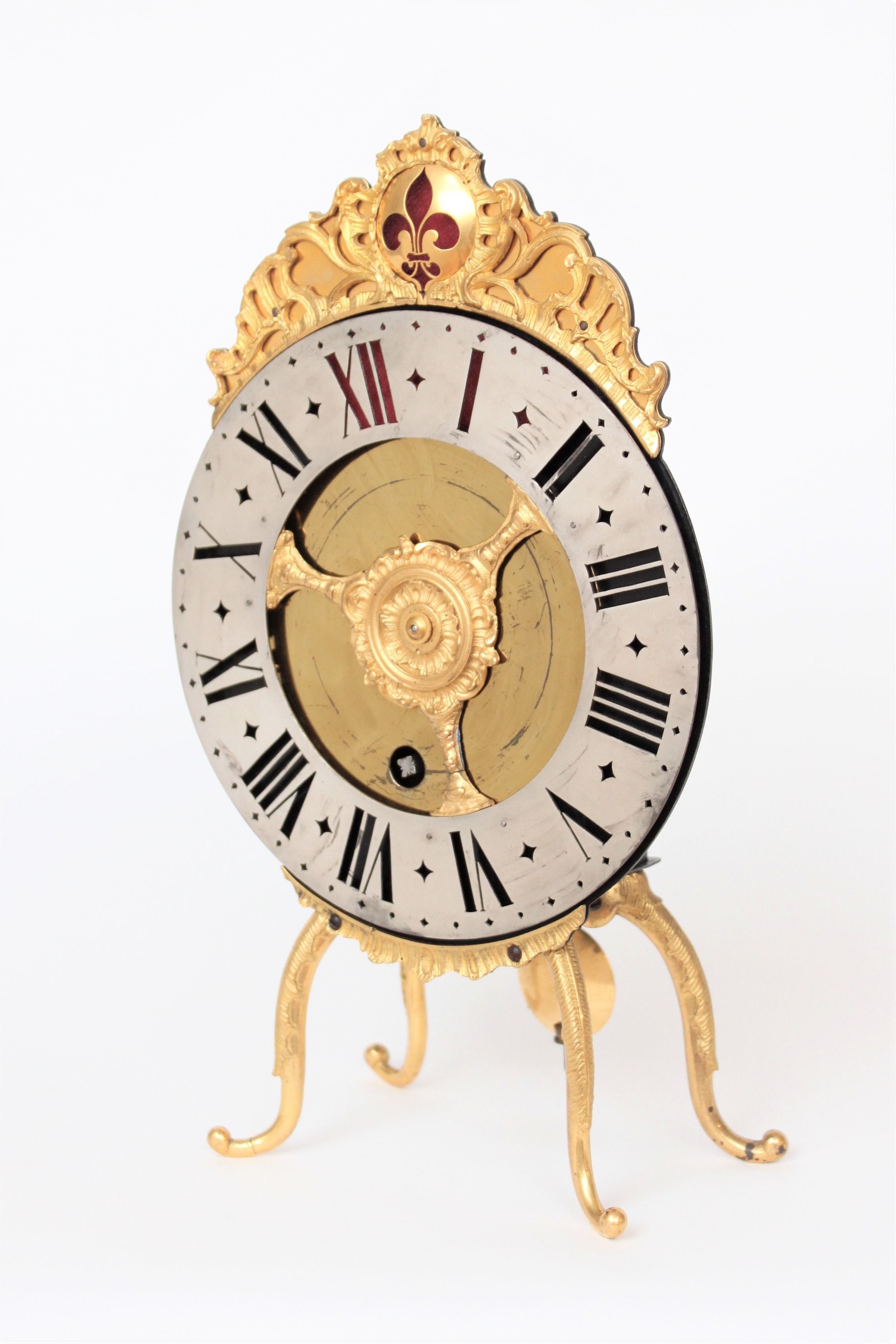 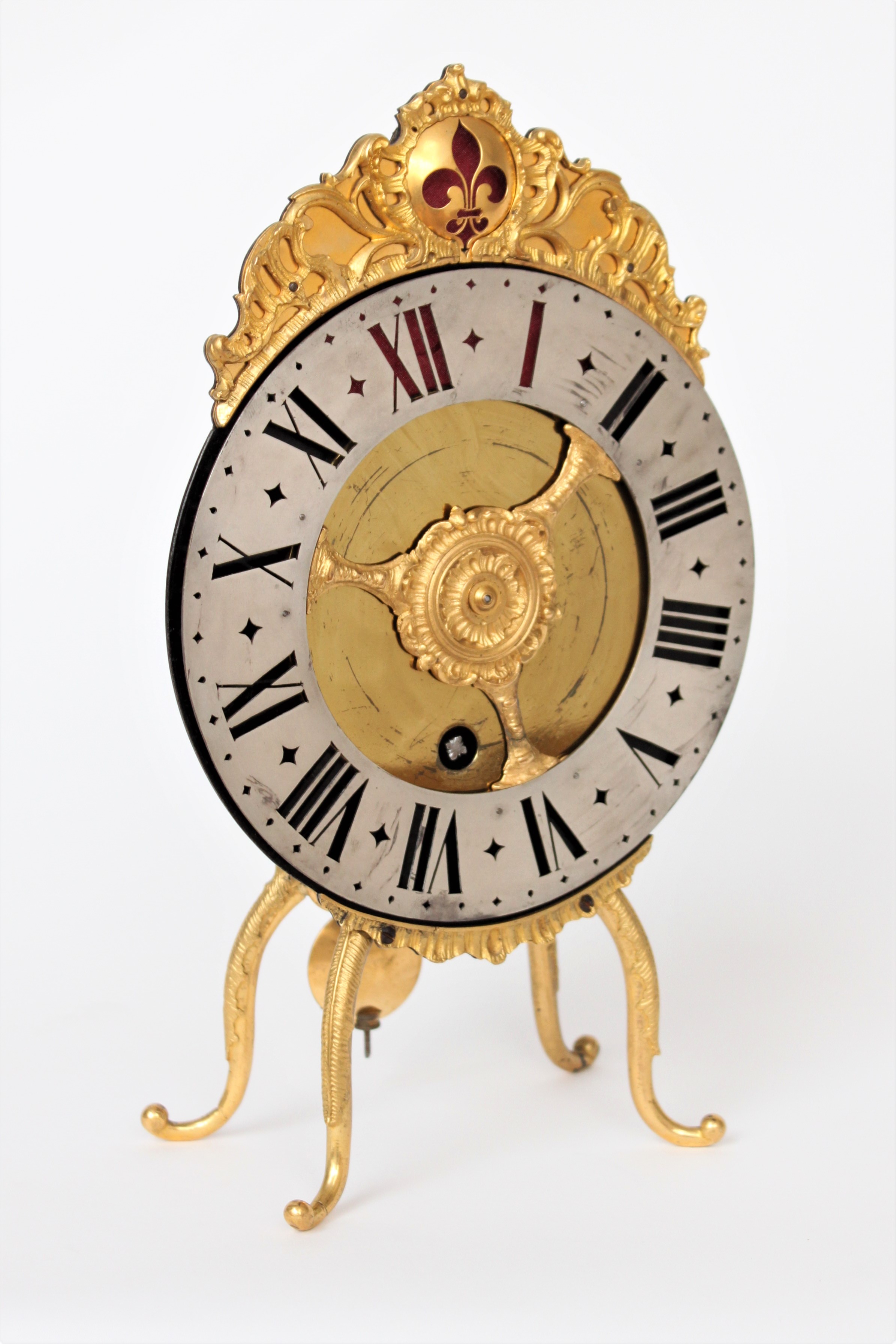 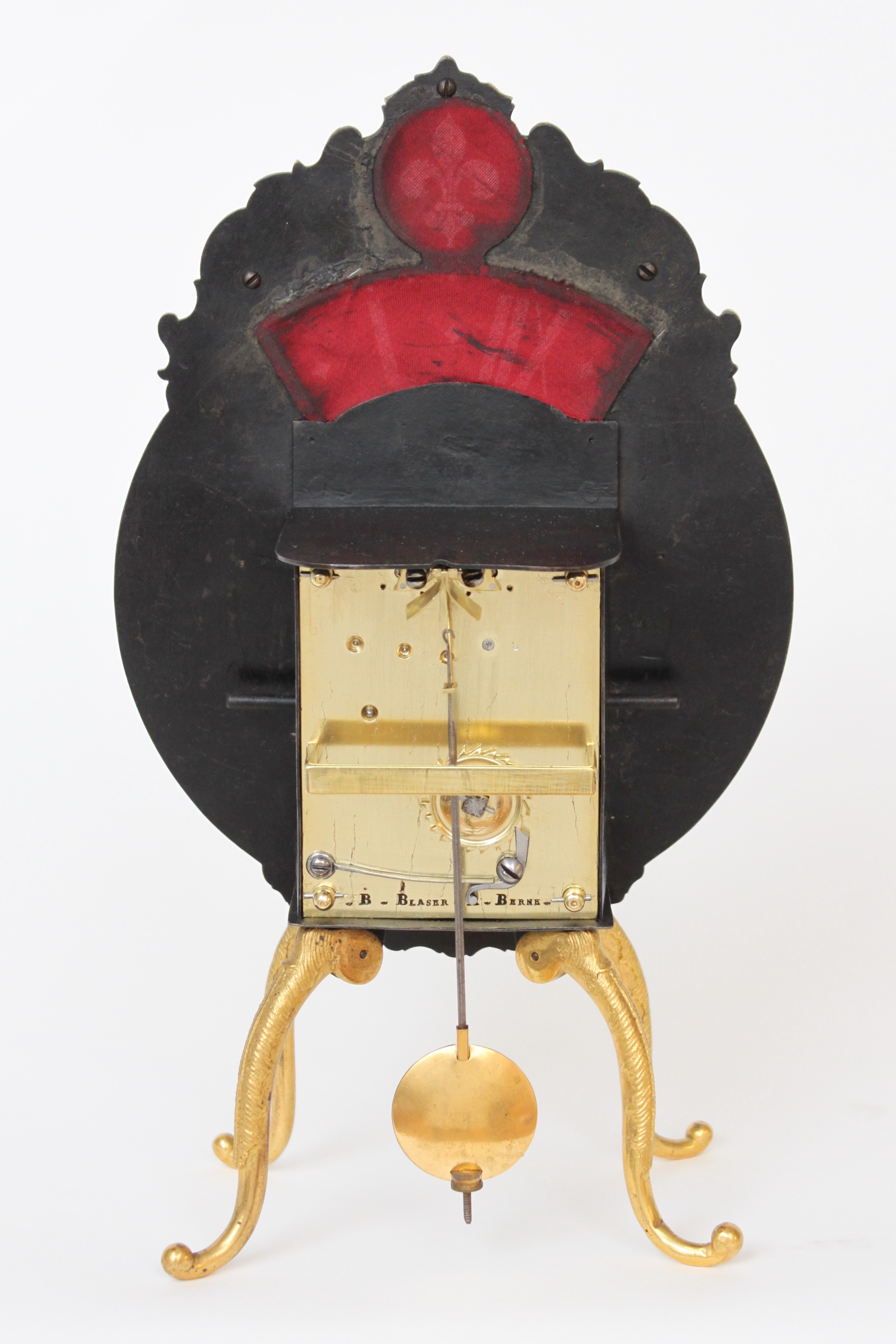 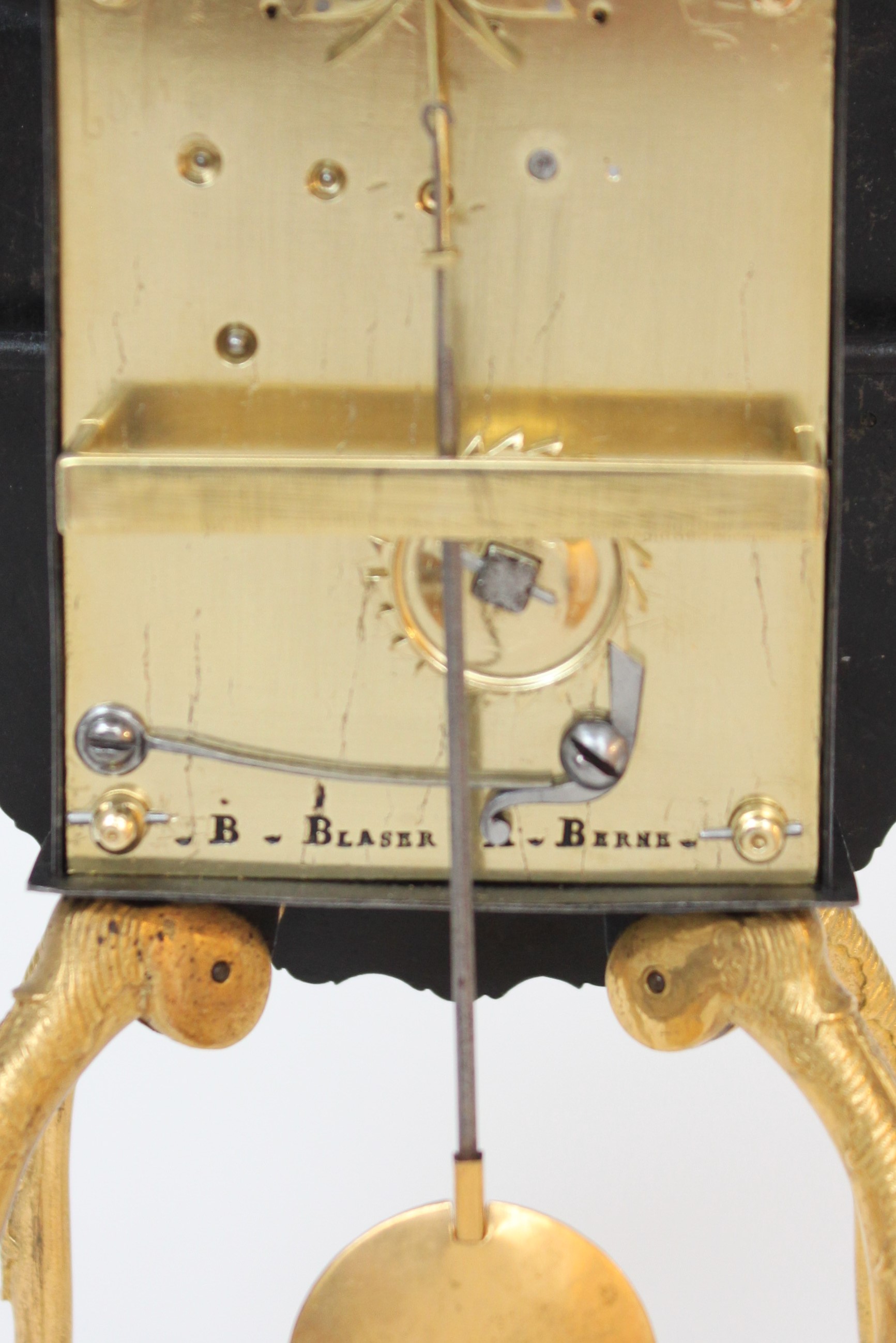 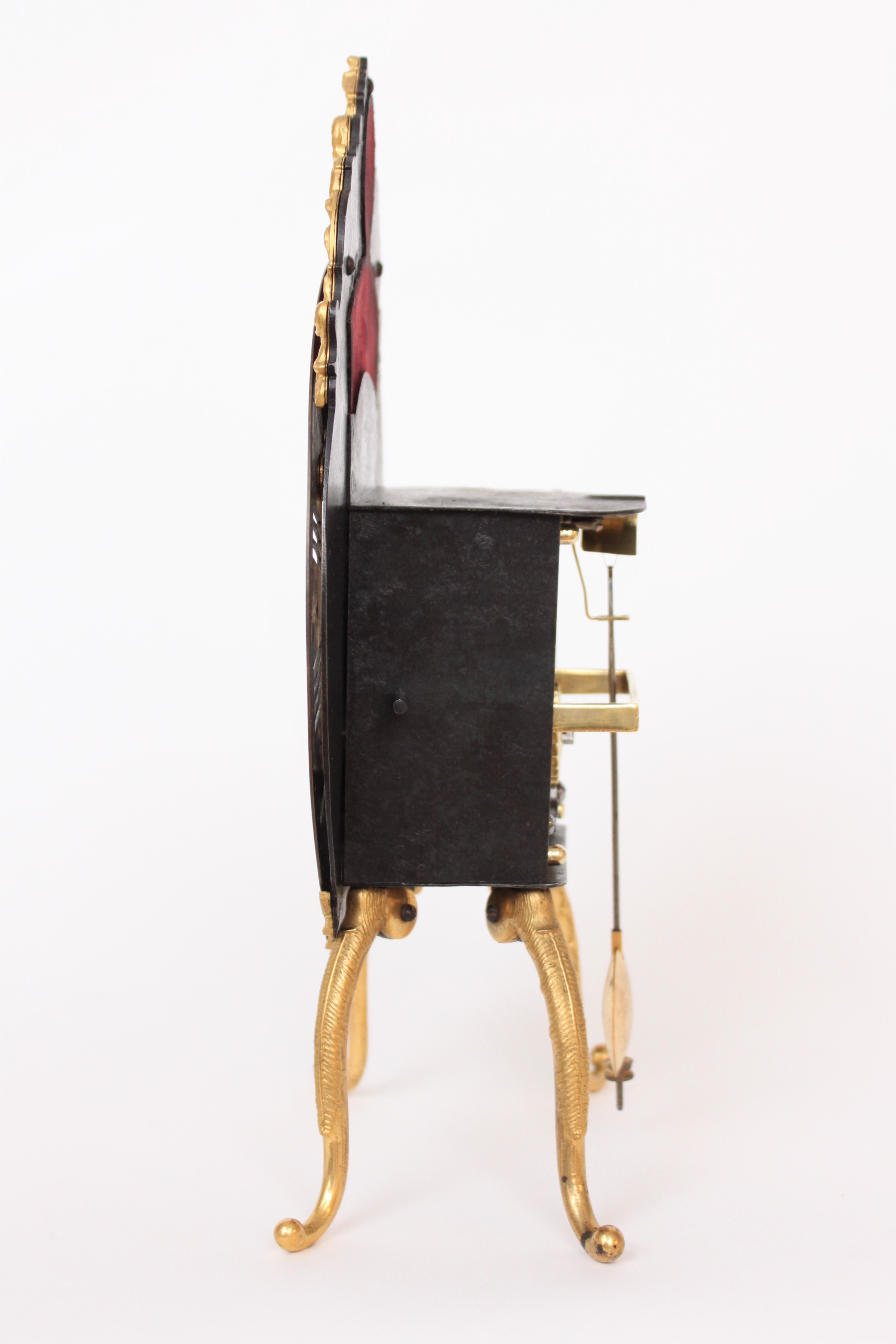 watch a video of the clock

A fine Swiss gilt brass night clock ‘vielleuse’ B. Blaser A Berne, circa 1750

The plated movement has fine baluster shaped pillars and is driven by a spring barrel. It has a duration of eight days. It is regulated by a verge escapement in combination with a silk suspended pendulum. The back plate is signed B. Blaser A Berne.

The movement is housed in an iron case with a level top to accommodate the placing of a candle. The whole is raised on arched cast ornamental ormolu feet which can be partly folded in.

The signature B. Blaser refers to Bendicht Blaser son of Bern clockmaker Mathys Blaser. He was baptised in 1697 in Münsingen and got married in 1723. In that same year he became a member of the Bern clockmaker’s Guild. From 1742 he became city clockmaker being responsible for the ‘Zeitglockenturm’ and the clocks of city hall. A year later he also did this for the Kefi-tower. Together with Daniel Funk he developed the typical Bern night clock. Daniel Funk was a case maker and he is responsible for the typical bronzes on these clocks.
Lit; Von Holthey, Bischof Scherer, Kagi, “Deutschschweizer Uhrmachermeister und ihre Werke vom 14. bis 19. Jahrhundert, pp. 65, 66, 69, 79,80, 82. 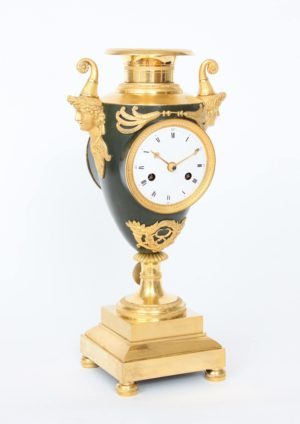 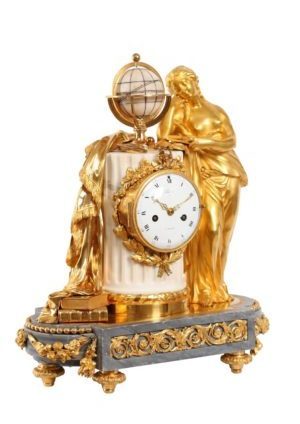 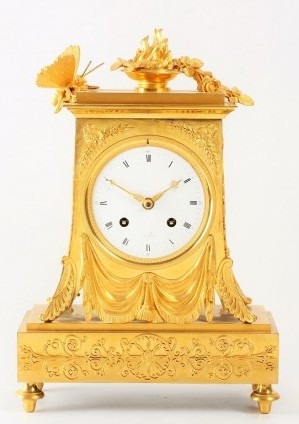 A French Empire ormolu mantel clock with butterfly, circa 1800 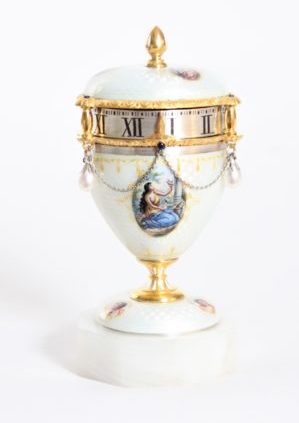