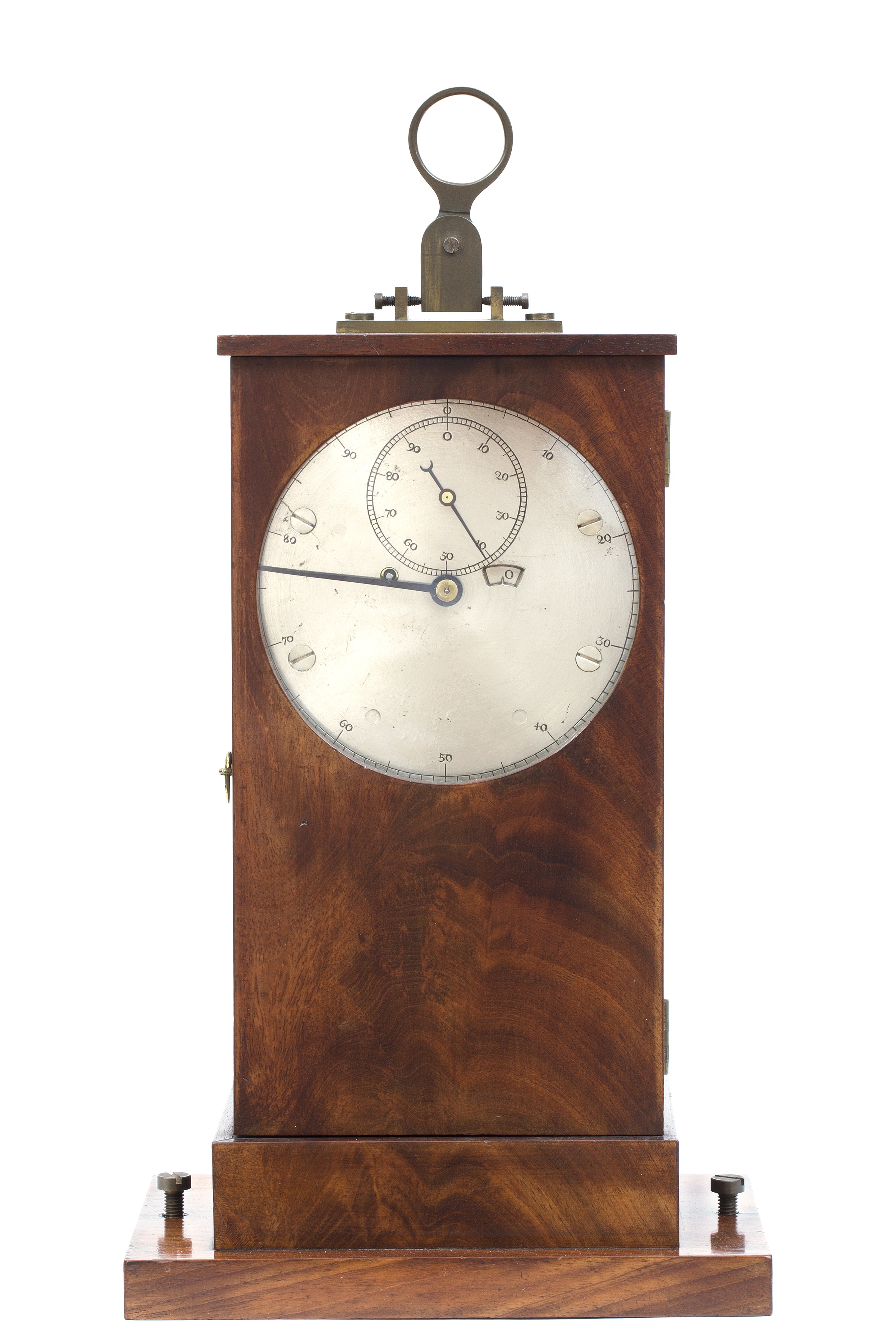 Although it is not uncommon to find clocks that are unusual, this one really fitted in the ‘never seen before’ category. The ‘regulator’ dial is unusual for table clocks. This is a dial which has several callibrations for the different hands to make reading it more easy. It is the decimal numbering that makes this clock very rare. This means that the dial reads 10 hours of 100 minutes of 100 seconds.

There was a short period in history during the French Revolution, when decimal time was introduced in stead of our present dodecimal time based on 12. But it never caught hold and was abandoned due to public disobedience, the lack of actual decimal clocks and the common resistance that people hold to change.

But this clock isn’t French and wasn’t made at the end of the 18th Century! To our opinion this clock was made in Germany around 1840. This is based on the way the movement and case are built. Now arises the question; what was this timepiece used for? What clues can find in the unusual handle on top and the two screws tot he sides?

The handle obviously was used to transport the clock so this timepiece was made for use on location. The screws tot he sides make the clock tick regularly when the surface is not level.